Everything about Salt Spreaders 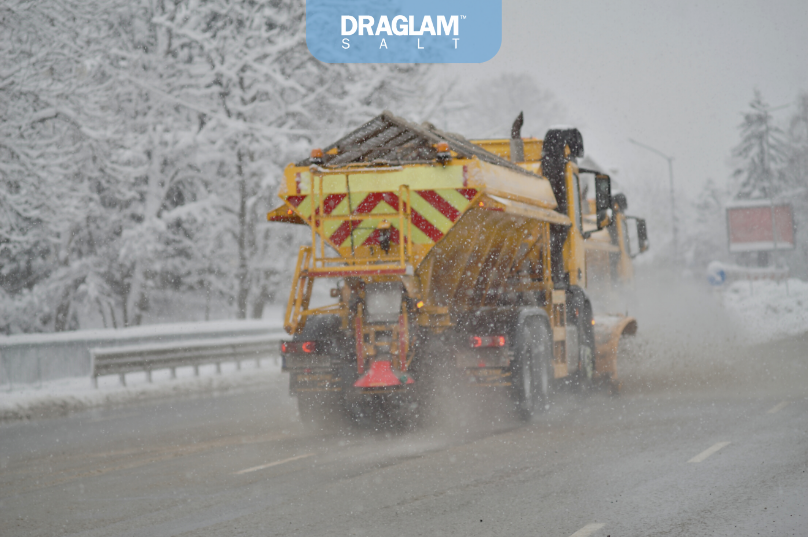 Everything about Salt Spreaders

Road salt has become a necessity for Canadians during the winter months. It is used in large quantities to keep the roads, driveways, and sidewalks safe for travel. In the past, spreaders were attached to trucks for spreading fertilizer and other agricultural purposes but over the years trucks have been installed with spreaders that help in spreading salt in large quantities.

Salt spreaders have become an essential part of winter maintenance for municipalities and private contractors. Let's learn how salt spreaders work and how they spread rock salt on roads.

A salt spreader is attached to the rear of the vehicle and disperses road salt as it moves along. The hopper is filled with salt once the spreader is mounted on the truck. The auger pulls the salt from the hopper and pushes it towards the discharge chute. The driver can control the auger and spinner from inside the truck to regulate the amount of rock salt distributed on roads and parking lots. These spreaders distribute salt to break the bond between ice and the pavement. Therefore, rock salt is applied on the roads during the de-icing stage. 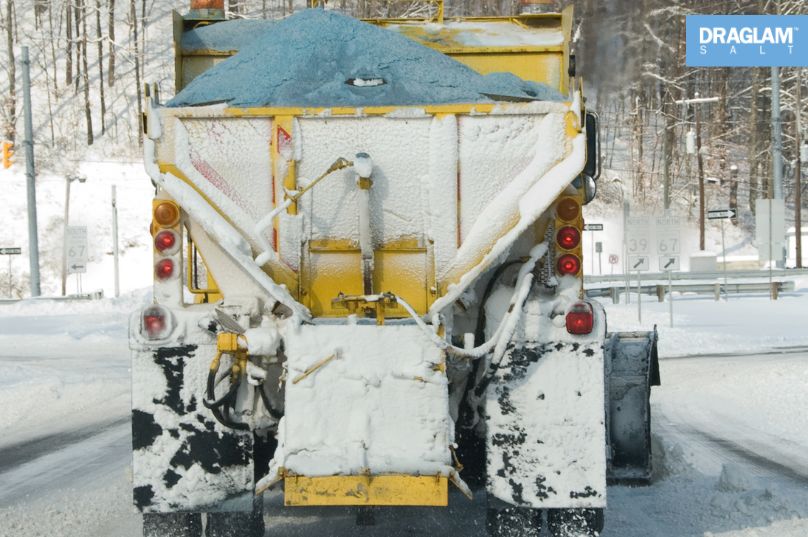 There are various types of spreaders that can help you spread rock salt:

Tow-Behind Spreaders: These feature a tow hitch attachment and are used by a tractor or truck. They work best in large areas.

V-Box Spreaders: This is the most suitable for large projects as it has many moving parts and is more efficient. It is also mounted on a heavy truck.

Pedestrian Spreaders: These are commonly used for sidewalks and households. They resemble the shape of a trolley and have to be pushed manually. It works well for a small area. 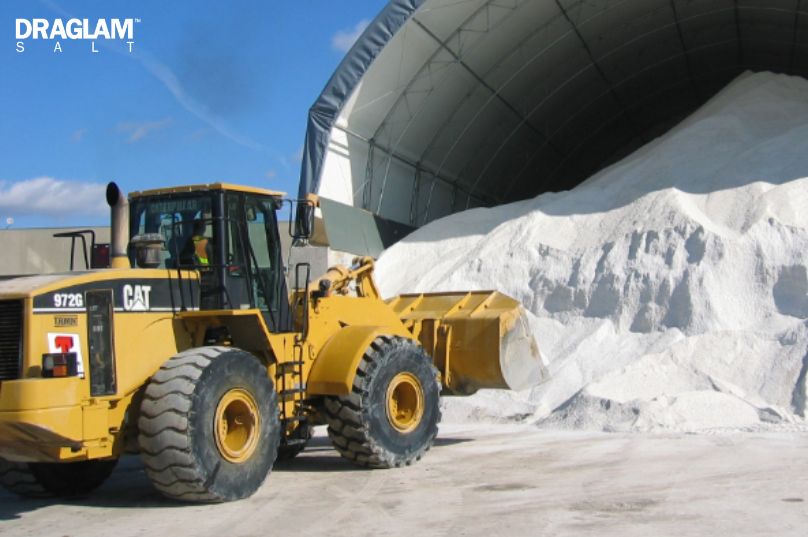 Every winter, more than 5 million tonnes of salt are applied to roads, sidewalks, driveways, and parking lots in Canada. Rock salt is a mineral form of sodium chloride which is used to melt snow and ice in winter. It can be used on roads, driveways, sidewalks, and other paved surfaces. It helps to avoid the formation of ice and makes it safe for you and your family. Draglam Salt has quality rock salt and provides quick and convenient salt delivery in Southern Ontario! We have rock salt available in bags and in bulk. Order salt today for the winter season!